BMW and Scansonic: Innovation through partnership 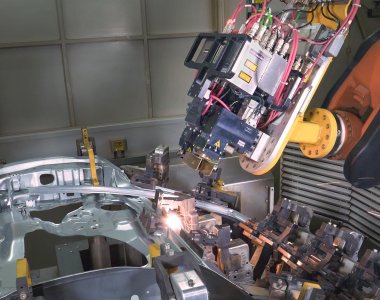 Their presentation focused on innovative processing optics for remote welding — the RLW-A — that Scansonic developed together with BMW to produce the high-volume 3 Series. The car manufacturer has been relying on laser technologies from Scansonic for years. Example: The laser optics ALO3 that has been used for welding structural seams worldwide since 2008 in the aluminium doors of the premium models of BMW’s 5 Series and 7 Series. BMW has used fillet welds instead of the I-seams to obtain shorter door flanges that not only allow for better all-round visibility for the driver, but also less weight and thus lower CO2 emissions. It is also much easier to assess the quality of fillet welds — visual inspection is sufficient.

From supplier to partner

However, the tactile solution — due to its low productivity — prevents the use in model series with large production numbers below the 5 Series. Therefore, initial discussions on potential solutions were held as early as 2009 that led to the final approval of RLW-A as a production tool at BMW in 2016.

The RLW-A optics resulting from this partnership impresses in automotive production with comprehensive advantages: The large working distance and non-contact seam tracking enable higher productivity when joining seams. Automatic quality monitoring is necessary in fully automatic operation of the system. This is achieved with the SCeye® system by monitoring process parameters within defined limits. Complex quality measurements are unnecessary. Quality assessment without further complicated sensor technology is sufficient.

The RLW-A has been used for the first time in the production of the BMW 3 Series that had its production start at the end of 2018. An endurance test for the welding optics that was installed almost simultaneously in six BMW production plants on three continents — and which the optics passed with flying colours.